Around  the 10th of JUNE we will release a new video upon the world for the first single for the new record!!!

Jonas Govaerts is working on it as we speak!! omg that’s fuckin amazing!  The songs is called “THE SEX” and the new album is called “KD-TIME!”  Big albumreleaseshow planned for JUNE 28.

Am I excited?  Yes sir! Very much so! 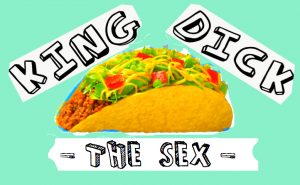