King Dick is the solo project of Antwerp based musician Wim De Busser. Anno 2017, the multi-talented De Busser can look back on a decade of professional experience as a versatile keyboard player, dancer, choreographer, composer and arranger in various acclaimed musical and theatrical productions, such as Zita Swoon Group (2009-…), Helmut Lotti, The Baboons, The Colorist, Stef Kamil Carlens Solo, Abattoir Fermé (COLOSSUS) and more. In addition, as a highly skilled jazz pianist, De Busser is band leader of his own notorious Wim de Busser Quartet (together with renowned musicians Simon Lenski, Alfredo Bravo and Nicolas Rombouts), for over 8 years an established name in the Antwerp Jazz scene, with their stage at the famous Antwerp Jazz-bar ‘De Muze’.
In 2015, the artist decided it was time to write his own songs. De Busser assumed the role of his alter-ego, King Dick, and within a year, he finished his first album: New King Dick. The album has 10 songs, all written, performed, recorded and mixed by De Busser himself. On top of that, he launched his own music label: King Dick Records.
King Dick’s music has been described as lo-fi psych-pop, gothic folk or oompah trash-pop, but in the end, King Dick refuses to be pigeonholed into one musical genre. His music is simply too varied, multi-faceted and agile. With each song, the listener is confronted with a universe of unfamiliar sounds, vibrations and energies. At the same time, however, the songs are still undeniably poppy in nature. But it is as if all poppy elements have been smothered in a thick, greasy psychedelic sauce. A spoonful of mustard right in your face, followed by the most appetizing delicacies.
King Dick’s unique sound is not a happy coincidence; it is the result of a well-deliberated decision. More than being just a new sound, it wants to be a symbol for all non-conformist voices that remain unheard in today’s society. 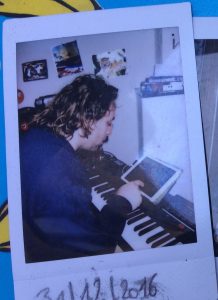 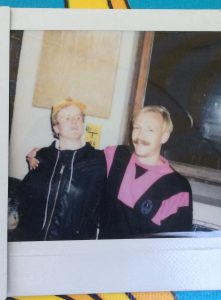 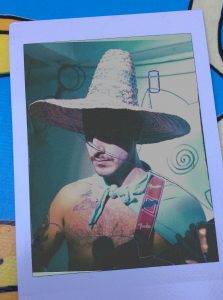